Hello Minecraft beginners! I thought that I should make a site to show you helpful Minecraft tips. I will talk about helpful blocks, annoying mobs and rare spawns. I will also tell you about interesting tips that even longtime players might not have heard of!

Wood is one of the most useful materials in the whole of Minecraft. It is used for making charcoal, building, torches and wooden tools. Most of the craftable items in the game are made of some form of wood. Wood is also one of the most easiest obtainable sources in the game. You can destroy it with your bare hands, just like sand, leaves, clay and dirt. 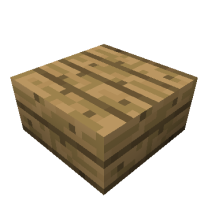 Stone is another useful building material. When you mine it normally, you will get cobblestone. On the other hand, if you craft a pickaxe with silk touch, you will get stone from stone instead of cobblestone. Cobblestone is also used to make stairs, furnaces, stone bricks, tools and is resistant to Ghast fireballs.

FUN FACT: if you place water or lava inside 4 stone pressure plates, they will not spread! Ores are the main way to build useful supplies in Minecraft. They consist of 7 different types: Diamond ore, Iron ore, Gold ore, Redstone ore, Coal ore, Lapiz Lazuli and Emerald ore. In the Nether there is also nether quartz ore. You can get the substance inside the ore by simply smelting it in a furnace to create ingots, or whatever was inside the ore. Gold, Iron and Diamond can make you armour, horse armour, blocks of gold and iron and diamond. They can also make you tools. Gold is the weakest substance as it is weaker than wood.

FUN FACT: if you kill a zombie pigman, there is a chance they can drop a gold sword, a gold chestplate or a gold helmet! 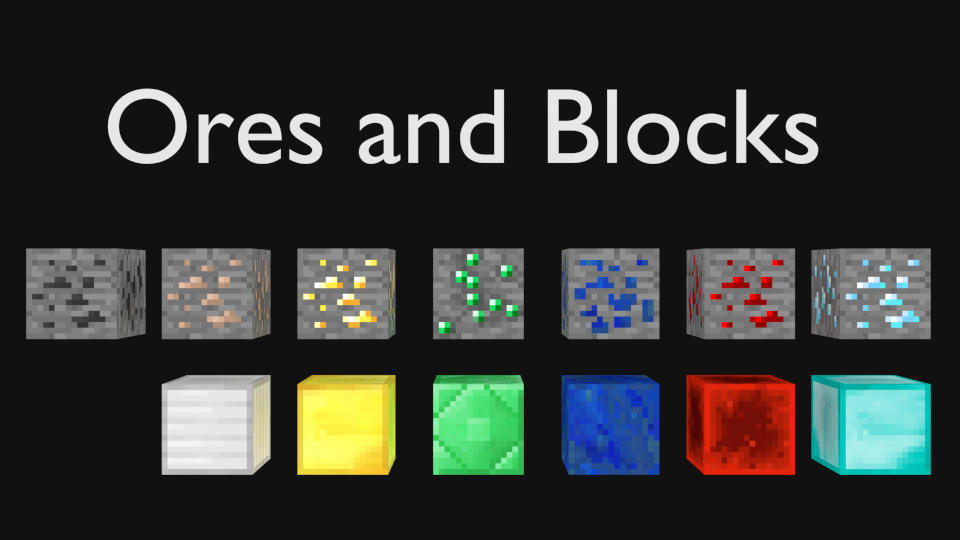 Restone is Minecraft's version of electricity. You can use it to make traps, lighting systems and games. With redstone you can charge compararators, repeaters, power rails, detector rails, pistons, redstone torches, TNT and redstone lamps. Redstone has even been used, by some people in creative mode, to make huge rollercoasters. To find redstone, simply mine down about 1 to 15 blocks deep and you will usually find some. When mined, they drop between 1 to 5 pieces of redstone. People have also used redstone to make a creation called a TNT launcher.

FUN FACT:If you mine redstone with an enchanted 'fortune' pickaxe, you will recieve 8 pieces of redstone 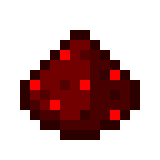 Creepers are, in my opinion, the most irritating mob of the overworld. The best way to kill them is to run towards them, hit them once then run away. You should also take them down with a bow an arrow or a long ranged weapon. To make sure creepers don't spawn into your house, just keep your house lit up with some sort of light source. The Creepers design was actually a failed design for a pig by Notch. But when he was looking for evil mobs for Minecraft, he decided that the failed pig was a good idea after all. If you hear a hissing sound next to you, then you're dead as that is the sound that the creeper makes.

FUN FACT: If you manage to make a skeleton kill a creeeper, the creeper will drop a music disk!

Blazes are, in my second opinion, the most irritating mob of the Nether. Their main weapon=fire. They shoot balls of fire at you, setting you on fire and probably turning you to ash! But they do have a weakness, snowballs. If you chuck snowballs at Blazes, they wil be weakened and then you can finish them off with a sword. When fighting a Blaze, drink a potion of fire resistance as you will be protected from the Blazes flames. Don't try to take on a Blaze with just a sword. THEY WILL WRECK YOU TO ASH!

FUN FACT: On hard mode, Blazes deal 2 hearts of damage, plus setting you on fire!

1. If you milk a mooshroom with a bowl, you will get mushroom soup

3. Redstone can pass under wooden slabs

4. To make the slowest possible movement, place ice, then put soul sand then a cobweb on top of that

5. If a skeleton accidently kills a creeper, then the creeper will drop a music disc

6. If you put a slab on ice, it will glide along

7. If you dig a hole 3 blocks deep and 3 blocks by 1 across, and fill it with water, you will get an infinite water source. Just be careful to collect water from the middle of the trench otherwise it will ruin the water source

8. If it's raining then there will be more fish in the water

9. If you hook a dog onto a fishing rod, then you can take the dog for a walk!

10. If you name a sheep 'jeb_' then the sheeps wool will keep changing colour Redstone uses the most interesting mechanisms in Minecraft. Here is an example of what Redstone can do

Click here to find out about Minecraft's scariest mob, Herobrine

here's a picture of a minecraft cave 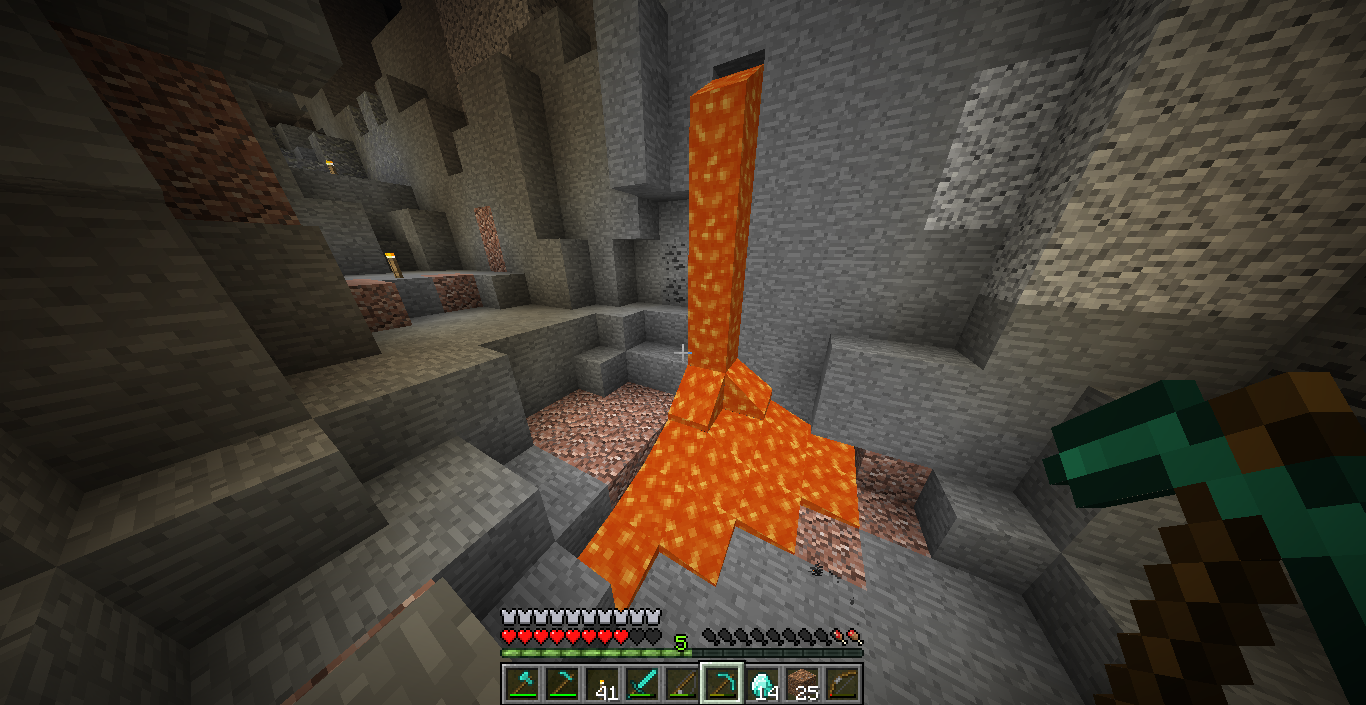